The Amazon Secret is a "series" of what is called "Natural Functional drinks" and is owned 100% by sorze4 as. All types of beverages are made with one or more functional ingredients from the Amazon rainforest.

The Amazon Secret has been sold in bottles at 7-Eleven, Selected Rema 1000 and COOP supermarkets in Norway, but with greatest success in the United States with products distributed to "University campuses" in 4 states; Florida, Utah, California and Illinois, where Amazon Secret in several of these states sold more than Coca-Cola.

In Norway, at 7-Eleven, The Amazon Secret was among the best-selling drinks. Only Coca-Cola and Solo managed to sell more. In a 7-Eleven store in Trondheim, the Amazon Secret sold 6 times more than the most popular energy drink.

with natural prebiotic sweeteners, in bottles or in the aluminum box ... 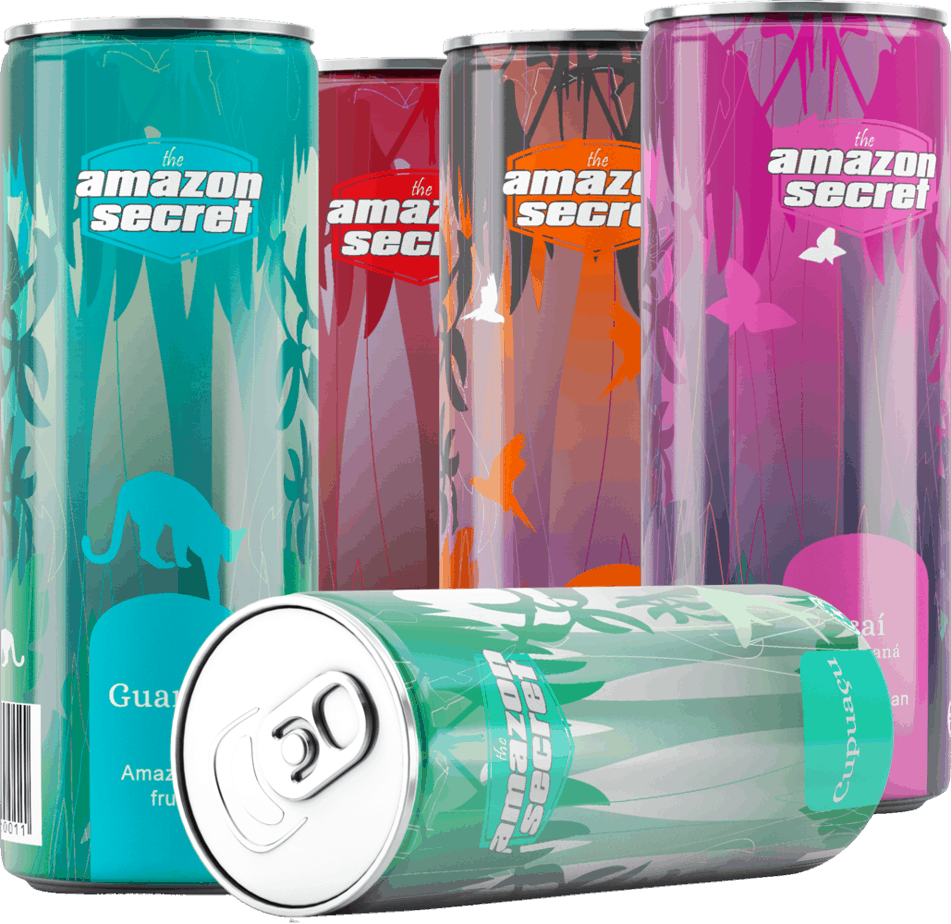 Guaraná, Açaí, Acerola, Cupuaçu, and Pitanga with clorogenic acid, all or mixed with fruits from the Amazon rainforest. All available in bottle or box, with carbonic acid.

Many flavors - Without sugar

In bags mixed with 1 liter of water or 200 ml serving packs, you get a variety of Amazon Secret flavors, made from pure juice, pure natural ingredients, of course without added sugar. Can be used in clean water or carbonized water.